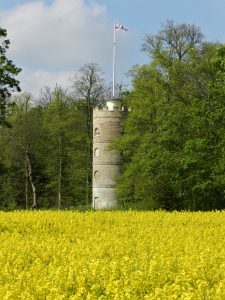 April arrived with a snowy start at Quex Park, so it is lovely to see the bright yellow blossoms of the oilseed rape just coming into flower.

The rapeseed crop will be harvested in just over 3 months’ time and will be mainly used for vegetable oil. The by-product of this crop is also used in cattle feed, which is useful as a high calorific energy source.

Oilseed Rape belongs to the family  ‘Cruciferae’, which means cross bearing. It was named as such as it has 4 petals in the shape of a cross, as can be seen from this close up.

It is of the genus Brassica, which includes cabbages, brussels sprouts, cauliflower, broccoli , turnips and mustard. 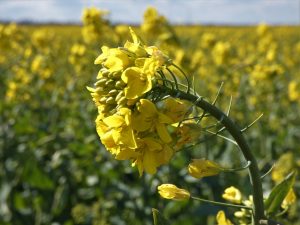 Here are a pair of shelduck seen on the Quex Park Estate. These attractive birds have a goose-like appearance with a dark green head and a red bill.

It is interesting to see these shelducks as a pair, rather than a flock, which indicates they are a breeding pair in the immediate area.

Shelduck feed mainly on small invertebrates, small shellfish and aquatic snails, and breed in the coastal regions of the UK.

They migrate across the North Sea in late summer to the Wadden Sea to moult. These gatherings can number over a 100,000 birds, representing birds that gather there from most of the north-western parts of Europe.

They can’t fly when moulting but the Wadden Sea is very shallow and stretches from the Netherlands past Germany to Denmark. The nature of this low-lying wetland area means they are safe from predators such as foxes. In this case nature has evolved a really unusual reason for migration.

The Shelducks return to the UK from November to breed. They like to nest underground in abandoned rabbit holes or hollows of trees. Once their chicks are hatched, they are raised in nurseries of about 15-20 chicks, overseen by mature Shelducks.

The Shelduck are on the Amber List of the Birds of Conservation and protected by the Wildlife and Countryside Act. 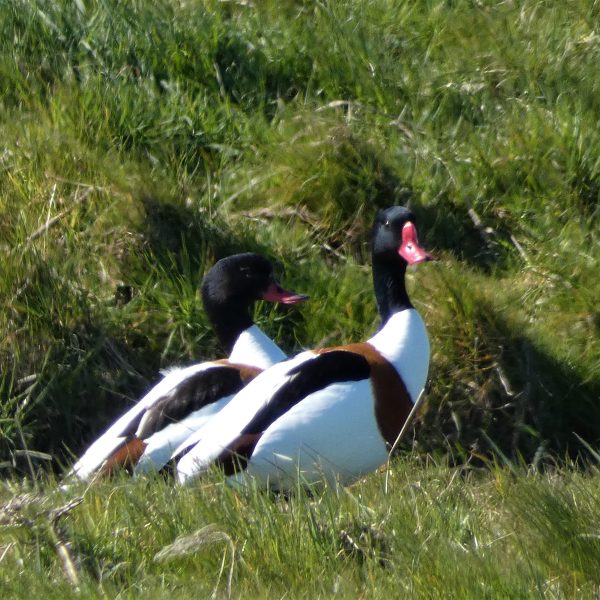 If you want to know more about our latest news, historical articles and farming and conservation at Quex Park visit our Latest news and articles about Quex Park 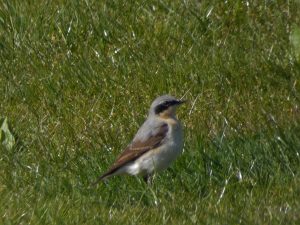 April at Quex Park also brought this little visitor spotted on the Estate. It is called a Wheatear and is a ground-dwelling bird that feed on insects and larvae.

It has just arrived from its winter grounds in North Africa and will breed here. They build their nests on the ground and can have up to three broods a year.

Some types of Wheatear fly direct from Greenland to southern Spain. Using favourable winds, it takes about thirty hours for them to travel this 1500 mile journey. Before their migration they put on weight to sustain them over this long flight.

Find out more information on our birds and migration at:

The Drone Fly has brown and orange markings and looks like a male honeybee but is quite harmless to humans. they are important pollinators of flowers and crops and look spectacular as they hover and dart between flowers and blossoms. 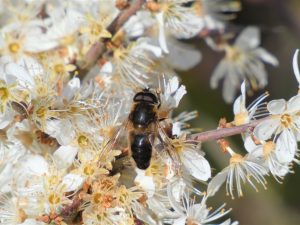 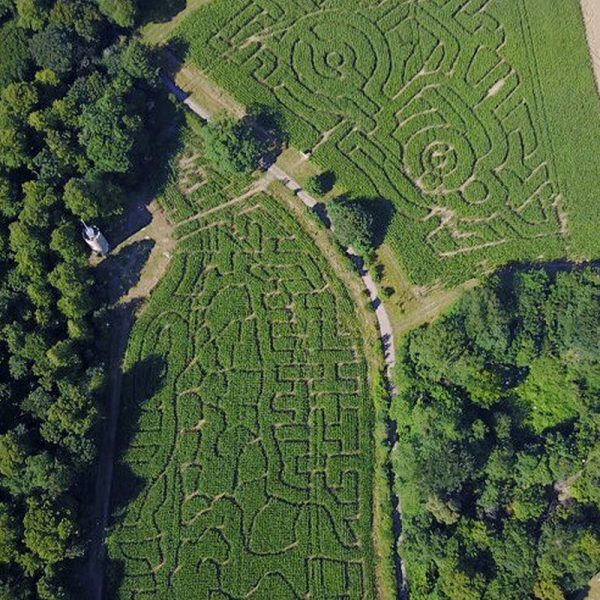 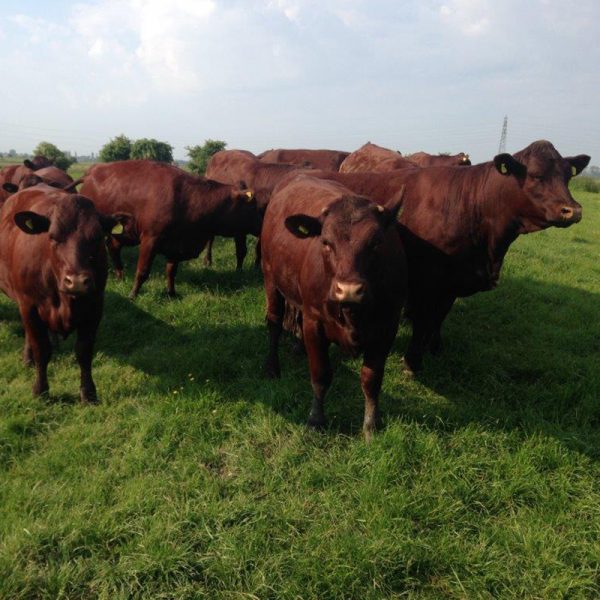 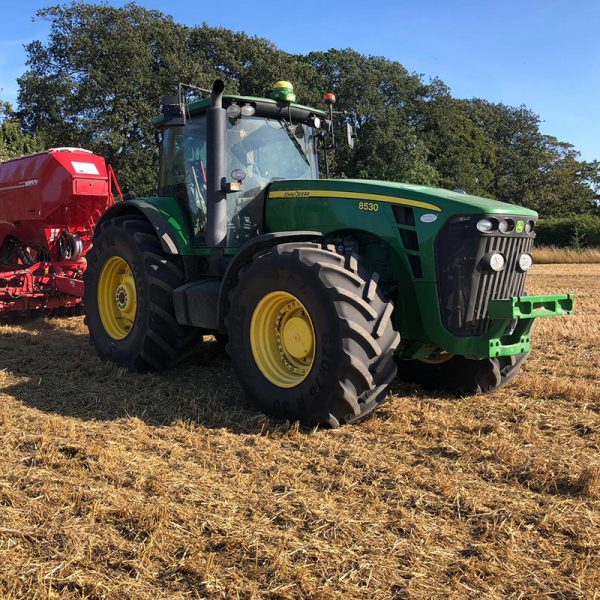 Menu
We may use cookies to ensure that we give you the best experience on our website. If you continue without changing your settings, we'll assume that you are happy to receive all cookies on our website. However, if you would like to, you can change your cookie settings at any time.
Ok